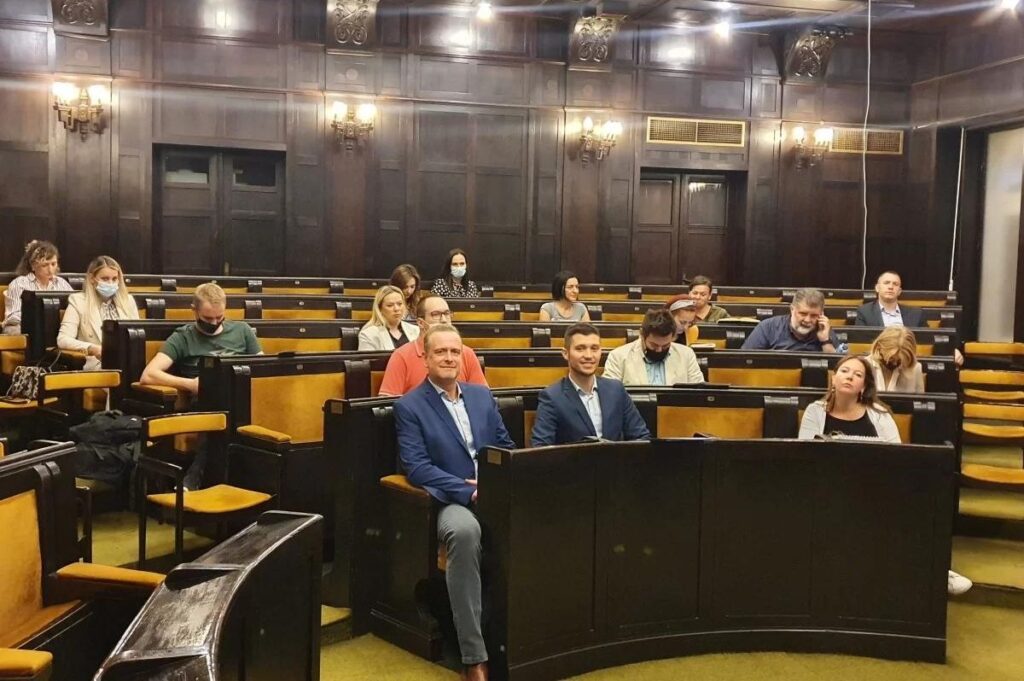 A two-day workshop in the field of cultural heritage and tourism was held, which is held within the “Fortitude” project, which aims to improve the cross-border tourist offer at the fortresses.

The City of Banja Luka is a partner in the project that will last until February next year, and within which the Visitor Center will be equipped at the Kastel Fortress – Tower No. 5 with a permanent multimedia display for the interpretation of cultural heritage.

These are interactive workshops, in which project partners participate, as well as local tourism and cultural workers, with the aim of acquiring and exchanging knowledge, and a greater degree of cooperation in the field of culture, cultural heritage and tourism.

The workshop was opened by the City Manager of Banja Luka Bojan Kresojevic, who welcomed the participants on behalf of the City of Banja Luka, saying that the exchange of experiences and good practices in the field of tourism and cultural heritage is of great importance for Banja Luka.

He pointed out that the new city administration is determined to work on the revitalization of the Kastel fortress, which certainly has a huge and insufficiently used tourist potential.

– Our idea is that “Kastel” gets the status of a public institution with the aim of shining this cultural and historical building in full glory, and I have no doubt that this project will greatly contribute to the realization of our idea through the exchange of experience and good practice. ”

Kresojevic said that Banja Luka is determined to continue cooperation and participate in international projects, which are important for the city and the citizens of Banja Luka.