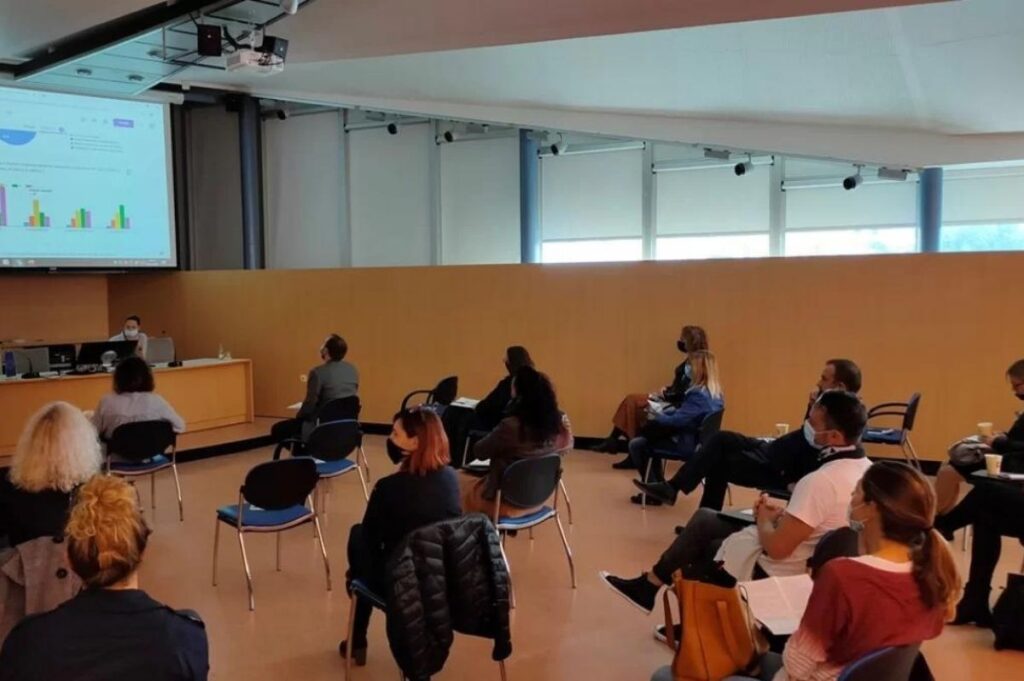 The first meeting of the focus group for the development of a new tourist route that will thematize the city’s fortification heritage was held at the Juraj Šižgorić City Library on Thursday, October 29. It is part of the activities within the project FORTITUDE – Historic Fortresses Intensifying Cross-Border Tourism Development implemented by Fortress of Culture together with four partners from Montenegro (Herceg Novi and Bar), Bosnia and Herzegovina (Banja Luka) and Croatia (Karlovac).

The introductory word about the project, activities and expected results was given by the project manager Đurđa Vrljević Šarić from the Fortress of Culture. She also pointed out the main goal of the project – strengthening and diversifying the cultural and tourist offer in the cross – border area, as well as the development of better and more sustainable management of cultural assets.

This is the first meeting of the focus group , out of three planned, in which the Association of Tourist Guides Mihovil and tourist agencies from the city are participating, with which the Fortress of Culture will cooperate in creating a new tourist route >. Also, the results of a survey conducted among members of the Association and travel agencies were presented. They are that the stakeholders of the tourism sector show interest in creating and developing the route with an emphasis on the fortification heritage that is not lacking in Šibenik.

This was confirmed by Josip Pavić, historian of the Fortress of Culture, presenting the fortification heritage of Šibenik and emphasizing those attractive, less known to the public, and certainly worth including in the new tourist route of the city. For example, the remains of the land and sea city walls, several sites in the old city center near which everyone often passes unaware of their importance and significance for the cultural heritage of the city.

With the development of a new tourist route that will continue to be actively worked on, the FORTITUDE project brings a number of other contents – new spatial solutions and contents in the interior of the Fortress of St. Mihovil, which includes a permanent exhibition on the city’s fortification heritage and a multimedia interactive exhibition dedicated to the construction of the stage and the city’s musical heritage; redevelopment of the information center of Šibenik fortresses in the old town, City Point; organization of an event under the working title “Fortress Night” which aims to network fortresses in the cross-border area, which promotes visitors their importance for the development of cultural tourism in the program area.

Recall, the project FORTITUDE (Historic Fortresses Intensyfing Cross-Border Tourism Development) began on March 1, 2020 and will last until February 28, 2022. The project holder is the Public Institution Fortress of Culture Šibenik with partners City of Karlovac, Municipality of Herceg Novi, Municipality of Bar and City of Banja Luka, and the total value is 1,618,438.72 euros, of which 85% is co-financed by Interreg IPA CBC Croatia – Bosnia and Herzegovina – Montenegro 2014 – 2020.